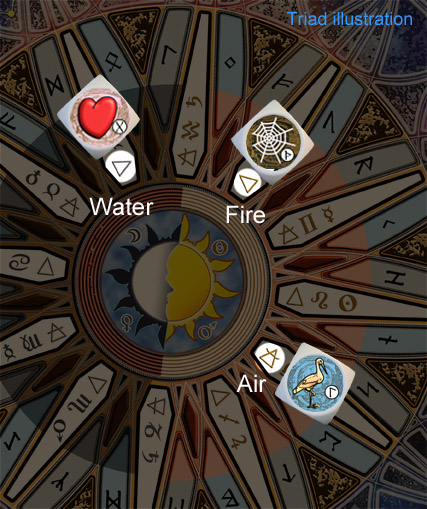 It’s time to look at our three people and a ladder, three things to remember. 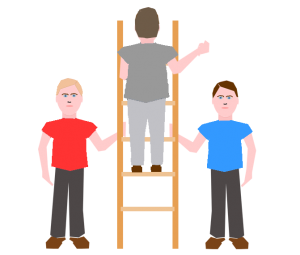 Once you fully understand that the centre symbol is the most important, the system will fall neatly into place.

The centre symbol provides the ‘meaning’ but the flanking symbols modify the importance of that ‘meaning’.

Right it’s time to cast the dice, each of the examples presented below, build one on top of the other. Don’t rush this, take your time working through these examples, but most of all, have fun with them. 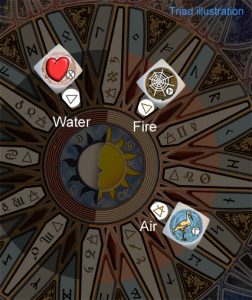 This is a picture illustration of the Tykhe Dice board as it would appear in a cast with the Elements highlighted. A ‘key’ to the Elements is printed on the board for you to refer to.
From now on we will show only the dice and their Element influence.
Water          Fire            Air 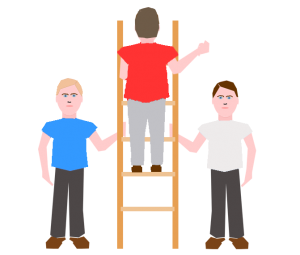 Focus on the centre dice of the triad, it provides the meaning in your reading.

For simplicity let us assume the same three Symbols were cast 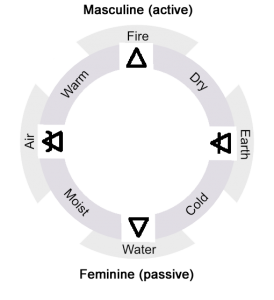 Here we can clearly see what happens when the two flanking symbols are elementally contrary to each other—they now don’t have any modifying effect over the central symbol. The central symbol stands alone.