‘Tykhe Dice’ may be an unfamiliar term today but that is changing fast.’ 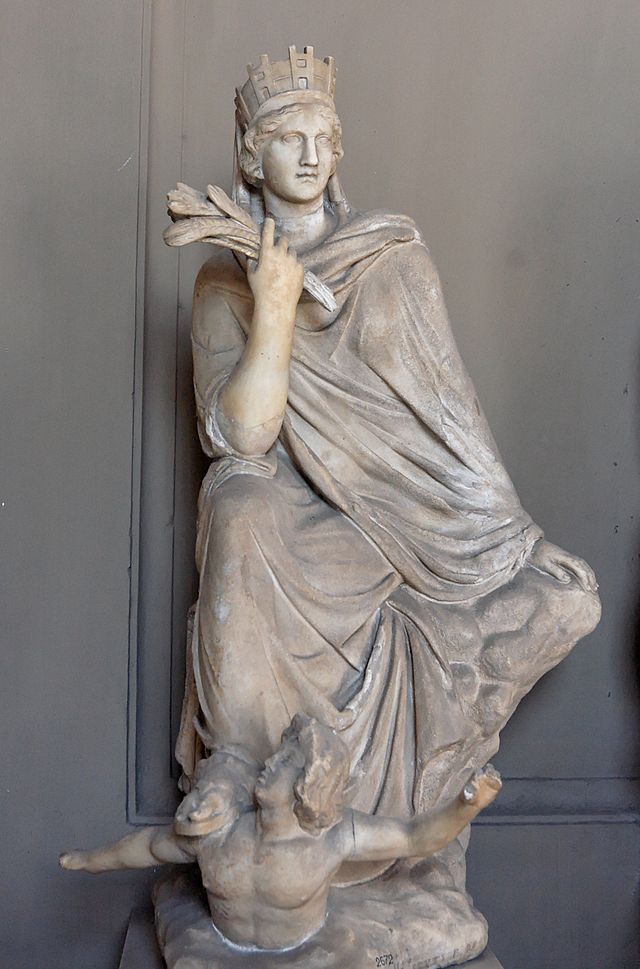 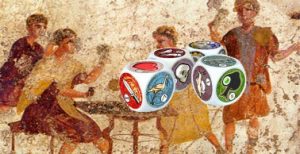 In ancient history, the concepts of chance and randomness were intertwined with that of fate. Many ancient peoples threw dice to determine fate, and this later evolved into games of chance. At the same time, most ancient cultures used various methods of divination to attempt to circumvent randomness and fate.  wikipedia article

Whether dice like Tykhe dice existed is unknown…though dice with symbols used for prediction/divination certainly did.

How Tykhe is different from others

Casting the dice on the board is a complex physical and mental process. It is easy to do but many things are at work in your mind. Firstly you have a specific question and your subconscious will influence the ‘cast.’ This is a fundamental of Tykhe Dice. You are controlling the ‘cast’ whether you are aware of it or not. The dice certainly wouldn’t do anything without you. 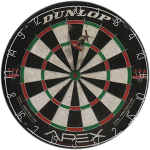 In the early 1900’s, legislation prohibited “games of chance” in public houses, and the game of darts was considered to fall in this category.

In 1908, a pub owner from Leeds, Yorkshire, by the name of Foot Anakin was taken to court for allowing people to play darts in his establishment. He decided to challenge this ruling, and offered to prove that darts was not a “game of chance”, but a “game of skill”. A dartboard was set up in court and Foot Anakin proved his skill by throwing 3 darts in the number 20. He then challenged any court official to do the same. One of the court clerks decided to take up the challenge and failed. The judge then ruled that darts was in fact a “game of skill” and dismissed the case. This ruling boosted the game even more, which led to more competitions in public houses. source see

Of course there is a randomness to what symbols appear and exactly where they land…but some of it is controlled by you. And that is important.  In other methods, the turning and spread of cards is less a product of your actions, more the deal of the cards. Some suggest the card in Tarot is not fixed until you turn it over. Perhaps that could be true?

“With these three dice casting the masculine/feminine balance, distance from the centre and proximity to each other you may get a feel for what the dice are telling you. At an intuitive level  guided by what you know of the meanings of these symbols in relation to the question asked, an interpretation is ‘read.’ There are however, further layers of meaning to be added. By noting the positioning of the dice on the board with relation to the Elements, Zodiac signs and Planets. All have a possible effect on the reading.
You will notice only the seven magical planets are incorporated within the Tykhe board.”  Llwybr Arianllwynog 2014 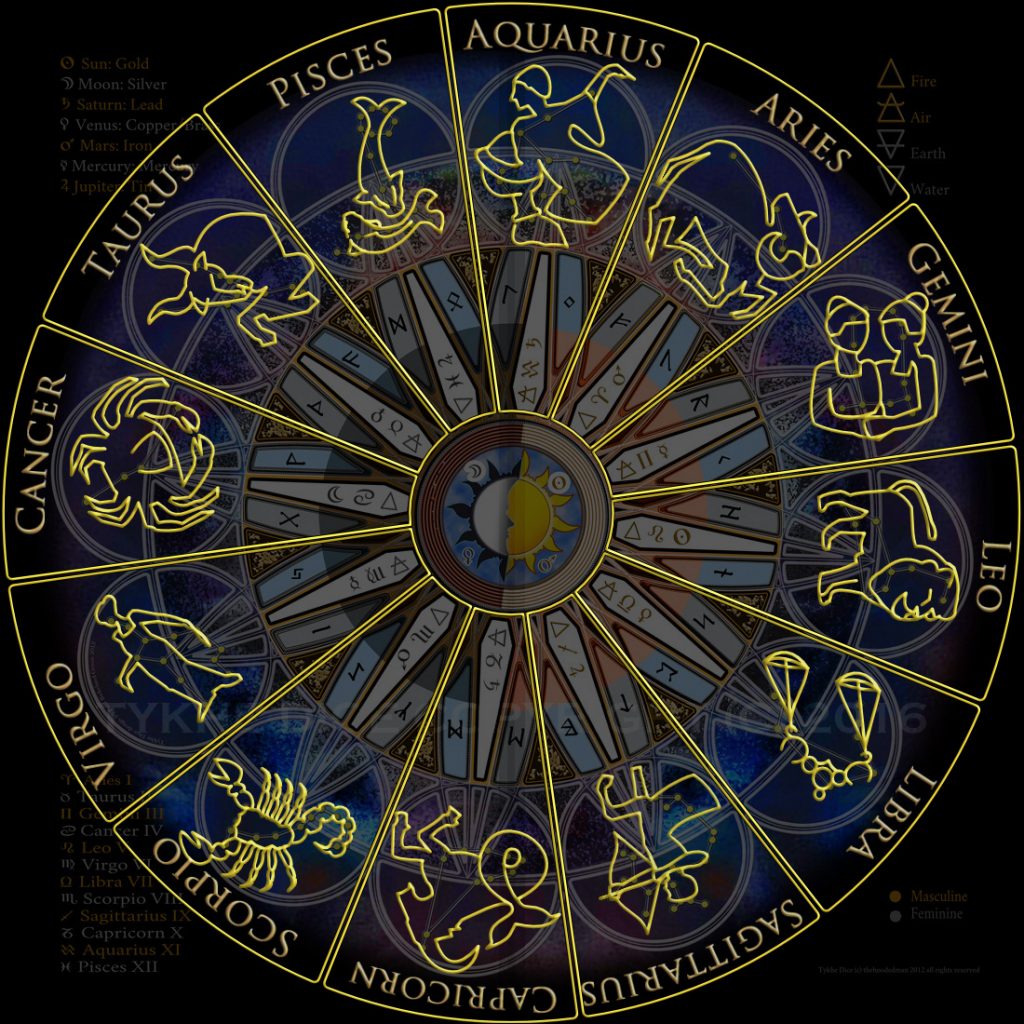 Astrology: Often people say:
Horoscopes in the papers, ‘how can any of that be true,’ they argue.
But do they ever read them…yes, everyone does sometimes. So why, to pass the time, curiosity, or  just to scoff?  But does that Horoscope effect their day…of course it does! Like the butterfly effect on the weather, they are changed just by reading it. They are informed and reflective by themselves and their life. They may feel that the Horoscope couldn’t possible be true…but seeds are sown and emotions changed. Big changes are born from the smallest decisions.

The debate continues about Astrology but whatever your opinion there is little doubt that it continues to influence our concept of reality. My personal view is that ‘when’ you are born does have an effect on your personality and therefore your life, aspirations and values. To have memories of summer birthdays in the warm sunshine rather that cold dark winter days models perception, relationships and outlook. Whether we gravitate toward a collective ‘type’ of our sign is too complex a question to ask of either the conscious or subconscious.
One thing is beyond doubt, we all live under the canopy of the 12 constellations with the Sun at the centre of our orbit and the Moon exerting great influence. The Tykhe casting board represents the firmament. How the patterns are played out is another matter; and that is where Tykhe Dice resides.
THM 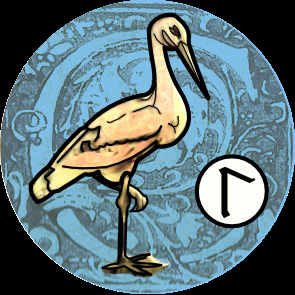 What’s in a dice, how are the symbols arrived at?

Each symbol is built from four elements:
The background, all dies are created from one traditional woodcut.
An appropriate ambient colour gives the ‘mood’ of the symbol.
Next is the symbol itself.

Finally each carries a runic symbol from the Futhark set. There are *24 rune symbols in all. The rune is not intended to ‘agree’ with the symbol or the ‘mood’ but it adds another aspect for those who want to use it OR to cast the dice in the runic way; ignoring the symbols altogether if you wish. (*In addition to the dice the Tykhe casting board contains all 24 runes also.)

*The arrangement of symbols on each dice is different for each Tykhe dice set.
No two sets have their ‘faces’ arranged in the same order or orientation.
Every set of Tykhe Dice is unique. 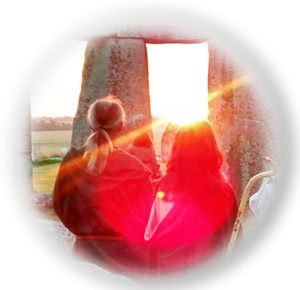 Llwybr Arianllwynog
9 Sept 2014
Tykhe and the astrological symbolism of the Tykhe board may be seen as astrology of spiritual influences, whilst we may enter into the realm of divination using the power of judgement and prediction, within Tyke we endeavour to meaningfully interpret a given set of astrological symbols along with those of the Tykhe Dice to a unique human situation allowing the revelatory light of the whole system of stars and planets to describe another solution within reality using these symbols as a metaphoric mirror to carry out the reading and infer it back to actual reality therefore it is not only the psychic, but more the psyche of the reader for until the reader relays the symbols significance there can be no significance, for we are not looking at the time element of astrology as found within the ‘birth seed’ for within Tykhe time is infinitely flexible so it remains the work of the reader to bring both the psychic and emotion into the symbolic equation, this may be seem as ritual as the reader brings themselves to align with both the person and the symbolic material.

We know Tykhe is a hard one to remember and we get all sorts: Tyke Tyche Tike Thke Thyke tyche dice tychedice and so many variations. Glad you found us.

The history of Astragalomancy, Cleromancy  and Divination with dice is a fascinating and diverse subject. To see more on casting dice through the ages see: