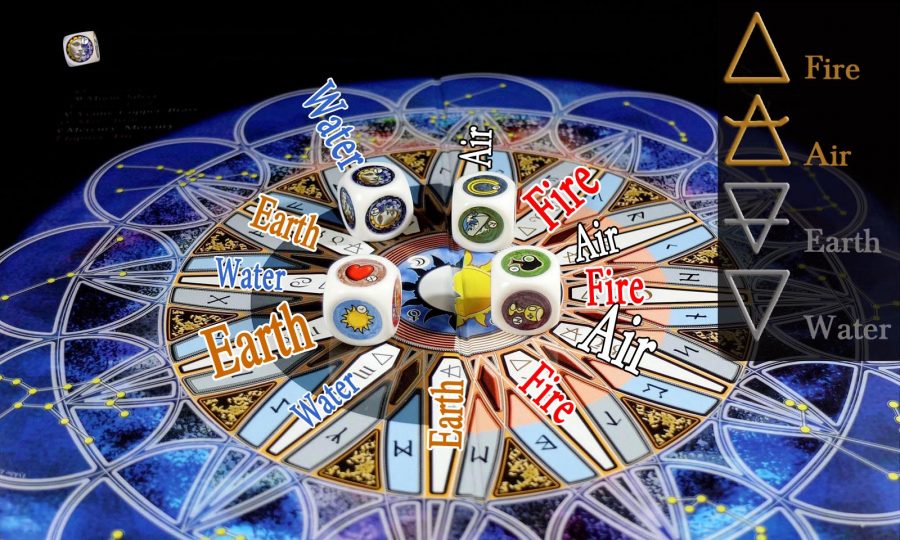 Within Tykhe Dice each symbol is signified by one specific element.

Apart from the apparent influence on the symbol itself these elements also modify the significance and even the meaning of the symbol dependent on the surrounding symbol.

It makes for an interesting reading when Tykhe Dice symbols are read as a triad with the two symbols flanking a central symbol allowing us to concentrate upon the central symbol.