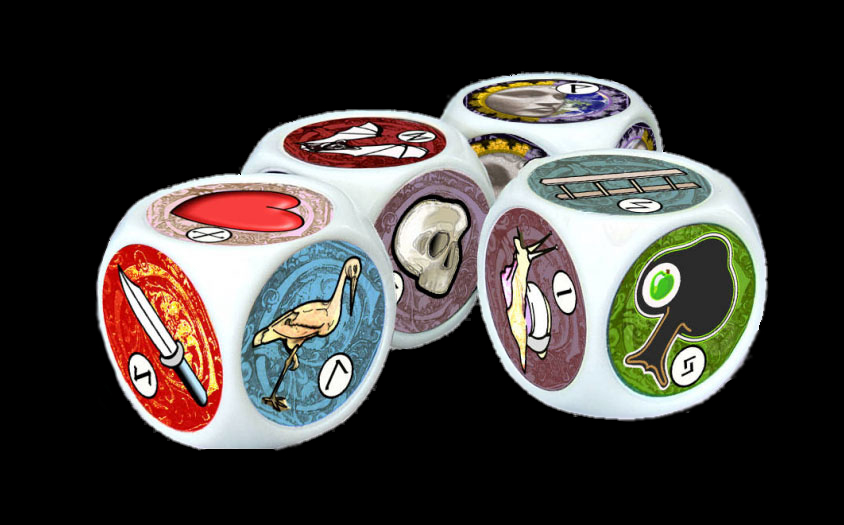 Some will cast Tykhe Dice on a plain table, others will carry them around in their pocket or bag and ‘draw’ them one at a time.
This is fine of course…and one of my favourite ways of working I have to admit. Take one from your pocket and let that symbol be the inspiration for your day!
At first casting on the Tykhe board may not yield much but that will change …be sure of that. Aspects of your everyday life will begin to connect with things you cast and your understanding, appreciation and partnership with the dice will grow.

Almost everything possible in life passes before you…but do you notice?
That is my belief. Tykhe Dice add a random arrangement of ‘chance’ largely (but not completely) out of your control. On that is a possible future, based on where you are right now. However, what you do will affect that future.

Are Tykhe Dice accurate? Yes almost always…because you are the person who decides what the cast means…and you are the person in control of your life… well mostly of course.
How can they be accurate? Because almost every element of life, culture, tradition, human desires, frailties and hopes are brought into play in a cast. Every cast has an infinite number of permutations…which ones you see will come from within, you will guide your life. 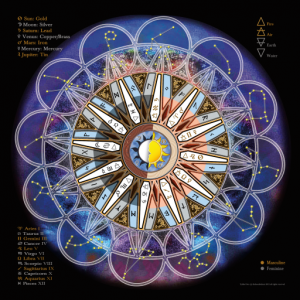 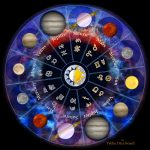 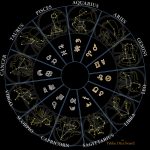 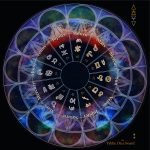 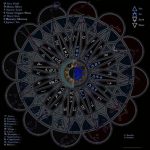 The Tykhe casting board contains many motifs, divination methods: Elements, sacred Planets, Zodiac, Constellations, Metals, Runes.  The board is divided laterally, and equally: male, female, Sun and Moon. The cast incorporates Heliocentric Orbits, radiating from the centre or ‘self’. This illustrates: relationships, spatial influences, male or female influence and there is a wild card; Tykhe.

Why have all these interconnections?

It isn’t intended that all these aspects are connected together in every reading…but they are there, before you, as they are in everyday life.
We all make decisions of what to notice, ignore, follow or dismiss. We are influenced by our emotional state, the effects of others, the weather…the list is endless; so it is with Tykhe dice. When you cast the dice what falls before you will make a pattern in your mind, it with suggest relationships, paths, ideas, emotions, even fears. Which will depend on you, your mood, and your circumstances, these are constantly changing, even from hour to hour.

ASK yourself a Question:

‘Tykhe dice are insight not prediction, that’s why they work’ 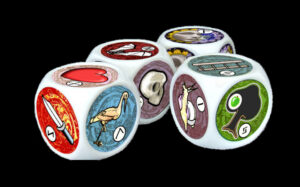 Here are the dice: starting with the dice, there are four.

Three contain ‘symbols’ and one ‘Tykhe’ represents the ‘wild card’ and a *runic aspect.
The first 3 represent aspects of influence, and for simplicity, we will just look at these 3 here. Each dice represents a different aspect of your situation. 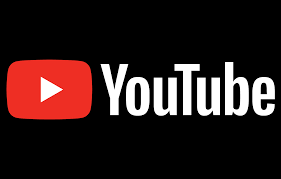 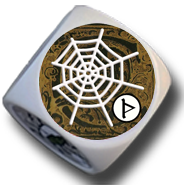 Web: Symbolic of a trap or danger to the unwary.

Complications may entangle you in affairs (both of the heart and business) that are not what they at first seemed. 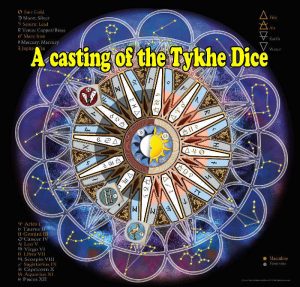 So let’s get started…in this introduction, we will cast the three and the Tykhe wildcard dice.

This is the usual casting:
I need to say how the casting board is arranged. Please note, for simplicity the ‘rune’ element is not explained here.
We will look at the runes later, in another section. 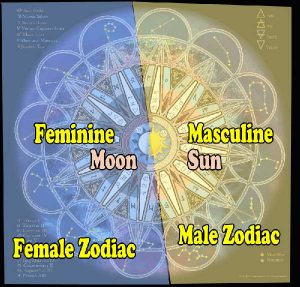 Let’s look at a cast a little deeper

The casting board is divided into the masculine and feminine aspects of the psyche.

The feminine is represented by the moon (left) while the masculine is represented by the sun (right).
Each side represents the influence of the dice (this may be affected by the querient’s own personality or the influence or of another person.) The Zodiac signs are arranged (as star constellations as well as symbols) in chronological order of the male or female in each section. Half the board feminine the other half masculine.

I believe this to be an important aspect of Tykhe dice. Looking at the casting in this example, it is clear that a strong female influence is at work; even though  a man, cast the dice. The distance from the centre -line is also significant. 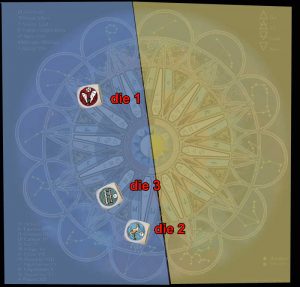 With these three dice now cast, we can look at:

* the masculine/feminine balance,
* distance from the centre line,
*proximity of the die to each other.

Looking at the photo, you may get a feel for what the dice are saying, at an intuitive level. Reading the symbols cast in relation to the question you/queriant asked. This gives you the basics of your reading.
There are however further layers of meaning that need to be considered:
*the positioning of the dice on the board
*relation to the elements, zodiac signs and planets:
all have an effect upon the reading (you may notice only the seven magical planets are incorporated within the Tykhe board.) 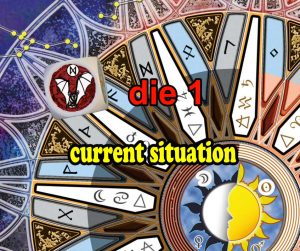 In this example, a strong female influence is governing the current situation.

The Bat: Shadows: warning, prophecy, danger-an omen, signalling good or evil (this depends on other aspects). This dice is further from the others but the same circumference, suggesting an influence equal but separate to the other two. 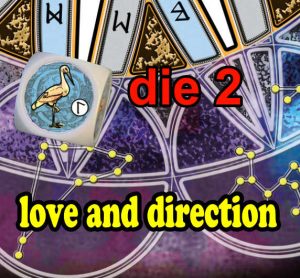 In the example, a female influence equal distance from the centre as dice one; they are of equal importance. 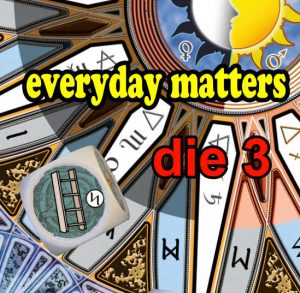 In the example, dice three is influenced by the feminine, equal distance to the centre in the same way as the other two. The proximity to dice two suggests they are closely connected.

Dice *4:  This die is referred to as ‘ Tykhe‘. A wildcard, not unlike the Fool/Joker/Blank used in other divination.

It need not be cast but it does offer another aspect.

This is best left until you have worked with Tykhe Dice a little.

The runic aspect of the board when used in this way, normal casting does not however.

*Here, Tykhe adds a wildcard to the Tykhe dice set.
The four dice contain all 24 of the runic symbols when used together (4 x 6) and can be used in that way. The Tykhe casting board also contains all 24 runic symbols in the Futhark set (so any permutation of casting is possible) . Alternatively the Tykhe die can be used as ‘itself’ (non-runic) to give an extra insight to the casting of the other 3 die. Where it falls on the casting board, irrespective of the symbol, can give context to the other three dies. ‘Tykhe’ can be used in many ways, the choice is always yours.
**For those of you on facebook we have a Group on Tykhe dice, please feel free to take part in the ongoing discussion and updates… 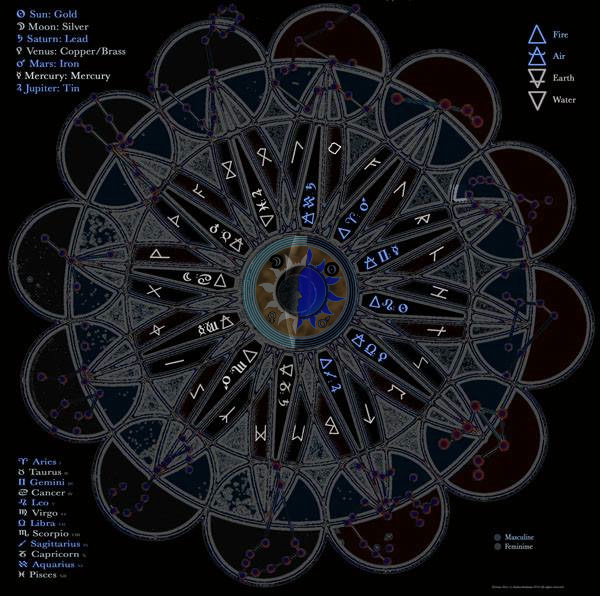 Showing the 24 runes on the board.

Runes our arcane guide to the mysterious web of wyrd governing our lives, in Tyhke we have embraced this magical system having evolved into an alphabetic and artistic form a living breathing system that cuts through the mundane to hone in on the issues that really matter.
The symbols on each face of the dice are also repeated on the casting board when cast they give a full range of reading options from the very simple to the much more complex.

Many ancient systems of divination are still practiced among the wise, Futhark Runes, Ogham, Tarot and I-Ching are bur a few, however the history of dice is nearly as old as human culture it’s self with much archaeological evidence supporting this, dice can be found as part of the overall collection of divination tools used by future tellers, healers, witch doctors and soothsayers in ancient tribes all over the world.
arianllwynog. understanding tykhe 2014